Immunizations For All Ages

We offer our immunizations on a walk-in basis, but we highly recommend that you call first,
so you can be sure the nurse is available. 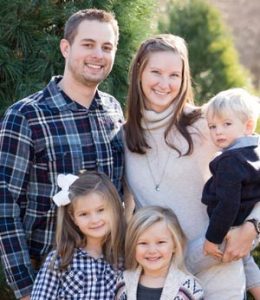 Babies and school aged children need their shots to protect them against dangerous, and sometimes life-threatening, diseases.

Your children's first vaccines protect them from eight serious diseases caused by viruses and bacteria.

Prior to vaccines, these diseases injured and killed many children (and adults). For example, polio paralyzed about 37,000 people and killed about 1,700 each year in the 1950s.

In the 1980s, Hib disease was the leading cause of bacterial meningitis in children under 5 years of age. About 15,000 people a year died from diptheria before there was a vaccine. Most children have had at least one rotavirus infection by their 5th birthday. Tetanus, whooping cough, hepatitis B, measles, mumps and rubella and chickenpox can be serious or deadly for those who don't get vaccinated.

None of these diseases has completely disappeared, and without vaccination, they will come back. This has happened in other parts of the world.

Children are required to have certain vaccinations before they may be enrolled in MO childcare center or schools.

Keep yourself and your family safe and healthy...stay up to date on your immunizations.

Yes, little ones need immunizations, and if you were never vaccinated as a child you are at risk for disease. And since immunity begins to fade over time, you may need a booster shot for some vaccines.

The health department conducts routine immunizations for adolescents depending on the individual's need.  Immunizations at the department may include some or all of the following:

Diptheria is a bacterial infection that can lead to difficulty breathing, heart failure or death. Pertussis (whooping cough) is highly contagious and immunity wanes by adolescence. Tetanus (lockjaw) is an acute and often fatal disease, with symptoms usually showing 5-10 days after the infection.

Recommended vaccine schedule for all adolescents is once every ten years. In the event of an injury the vaccine may be administered at five-year intervals.

Hepatitis B (Hep B):

Hepatitis B is a serious liver disease caused by the hepatitis B virus (HBV). The virus can affect people of all ages, and some people are never able to rid themselves of the virus which is  found in the blood and body fluids of infected people. Adolescents most often spread it through sexual contact or by sharing needles with an infected person.  HBV-infected persons can spread it at home, and moms can pass the virus to an infant during birth.

Adolescents considered at risk are advised to take a series of three injections:

Hepatitis A (Hep A):

Hepatitis A , is an acute infectious disease of the liver caused by a virus, most commonly transmitted by the fecal-oral route via contaminated food or drinking water.The incubation period  is between two and six weeks and the average incubation period is 28 days. Every year, approximately 10 million people worldwide are infected with the virus.

Adolescents considered at risk are advised to take a  series of two injections:

A human papillomavirus (HPV) infects the skin and mucous membranes. Approximately 130 HPV types have been identified. Some cause warts (verrucae) or cancer, while others have no symptoms.

Adolescent females considered at risk are advised to take  a series of three injections:

(Vaccines not approved for males at this time)

Help prevent flu spreading: get your flu shot every fall!  Influenza is a contagious respiratory viral illness with mild to severe symptoms, and sometimes death.   On average 5% to 20% of the population gets the flu every year in the U. S. Older people, young children, and people with certain health conditions are at high risk for serious flu complications.

Meningococcal disease is a severe bacterial infection of the bloodstream or meninges (a thin lining covering the brain and spinal cord). Anyone can get meningococcal disease, but it is more common in infants and children. For some adolescents, such as first-year college students living in dormitories, there is an increased risk of this disease. Every year in the U.S. approximately 2,500 people are infected and 300 die from the disease. If you live in a household with a person known to have had this disease, have a compromised immune system or travel to parts of the world where meningococcal meningitis is prevalent, you are at greater risk. 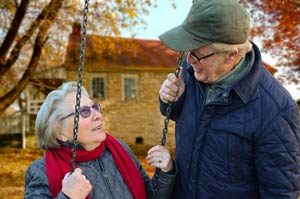 Adults need immunizations because some vaccines received in childhood will not protect you for the rest of your life. You may be at risk if you never were vaccinated as a child. And even with vaccination, immunity to some diseases fades over time.

New vaccines are sometimes available that are better than the ones you may have received in your earlier years.

The Health Department offers routine immunizations for adults, depending upon your individual needs.

Adult immunizations at the department may include some or all of the following (See disease descriptions above in adolescent information):

Hepatitis B (Hep B):

Adults considered at risk are advised to receive a series of three injections:

Hepatitis A (Hep A):

Adults considered at risk are advised to get a series of two injections :

Adults considered at risk are advised to get a series of three injections:

Especially as you age, the annual flu shot is a smart and easy choice.

A severe bacterial infection of the blood stream or meninges ( the thin lining covering the brain and spinal cord.) Most common in infants and children, but can happen at any age. If someone in your household has this disease, if your immune system is compromised, or if you travel to parts of the world where this disease is prevalent, you may be at risk.

The Hickory County Health Department does not have access to all adult vaccines free of charge, but we are able to offer these vaccines at cost as illustrated below: